Skip to content
You are here:Home-Founding Families-Best Family
Previous Next 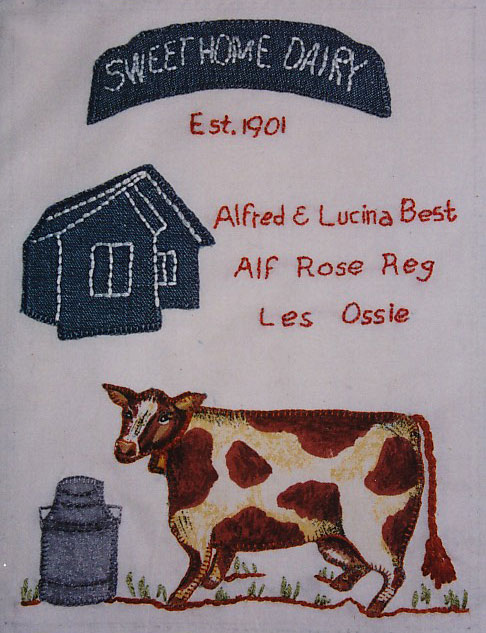 Alfred John Best whose family pioneered the Horse Drawn Coach Service from Brisbane to Sandgate in the 1860’s married Lucina Emma Bennett in 1893, a daughter of a pioneering dairy family at The Gap.

The Bennett farm was opposite the now Ashgrove Golf Club and extended to The Gap Tavern area.

The “Bests” established the “Sweet Home Dairy” at Lizzie Terrace Estate near Rainworth School site. In 1901 they purchased acreage, portion of 106 acres granted to H. H. Payne by the colony of New South Wales, a small portion of which is now occupied by The Payne Road State School.

They reared five children — when they were old enough, they helped with the running of the dairy, such as cultivating feed, milking and delivering warm milk to the Bardon area twice daily in a horse-drawn milk cart emblazoned with “Fresh Country Milk and Cream”.

Lucina passed away in 1926 aged 57 years, and in 1934 Alfred leased the property (when it became known as “Sheps Place” with the best swimming pool in the district) Alfred returned in 1938 and remained there until his death in 1948.

When the property was subdivided, the Trustees of the Estate donated portion to the Council for the people of The Gap which is known known as the Alfred and Lucina Best Park.

The Best quilt panel was worked by Shirley and May, wives of Bruce and Doug Best – grandsons of Alfred and Lucinda.