Skip to content
You are here:Home-Articles-Glenbrae Farm
Previous Next 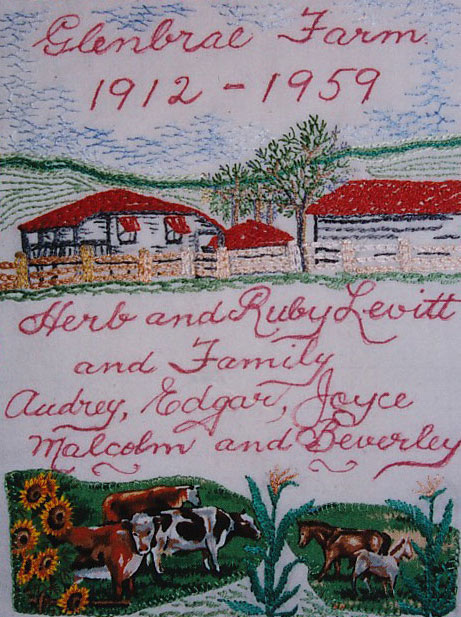 Grandfather Alexander Levitt arrived from England in 1865. Herb, his second son came from Upper Kedron and settled in 1912 on 134 acres at The Gap, between Paten Road and Whitehead Road extending half way up the mountain towards where the television towers now stand.

Herb called the farm “Glenbrae” where he worked long and hard clearing, fencing and building his house and farm. He married Ruby Bell from Samsonvale in 1922 and there followed five children Audrey, Edgar, Joyce, Malcolm and Beverley.

All helped with the dairying chores such as milking, separating and feeding and cultivating crops including corn and sorghum. The warm milk was sold to vendors twice daily.

Dairying was very difficult during the great depression, when milk prices were as low as 9 pence a gallon (8c /4.5litre).

All the children attended The Gap State School. In World War 11, part of the property became a bomb dump for the United States Navy. The property was sold in 1959 and subdivided and became “Glenbrae Estate”.

History Source: Joyce and Malcolm, brother and sister still living in The Gap. 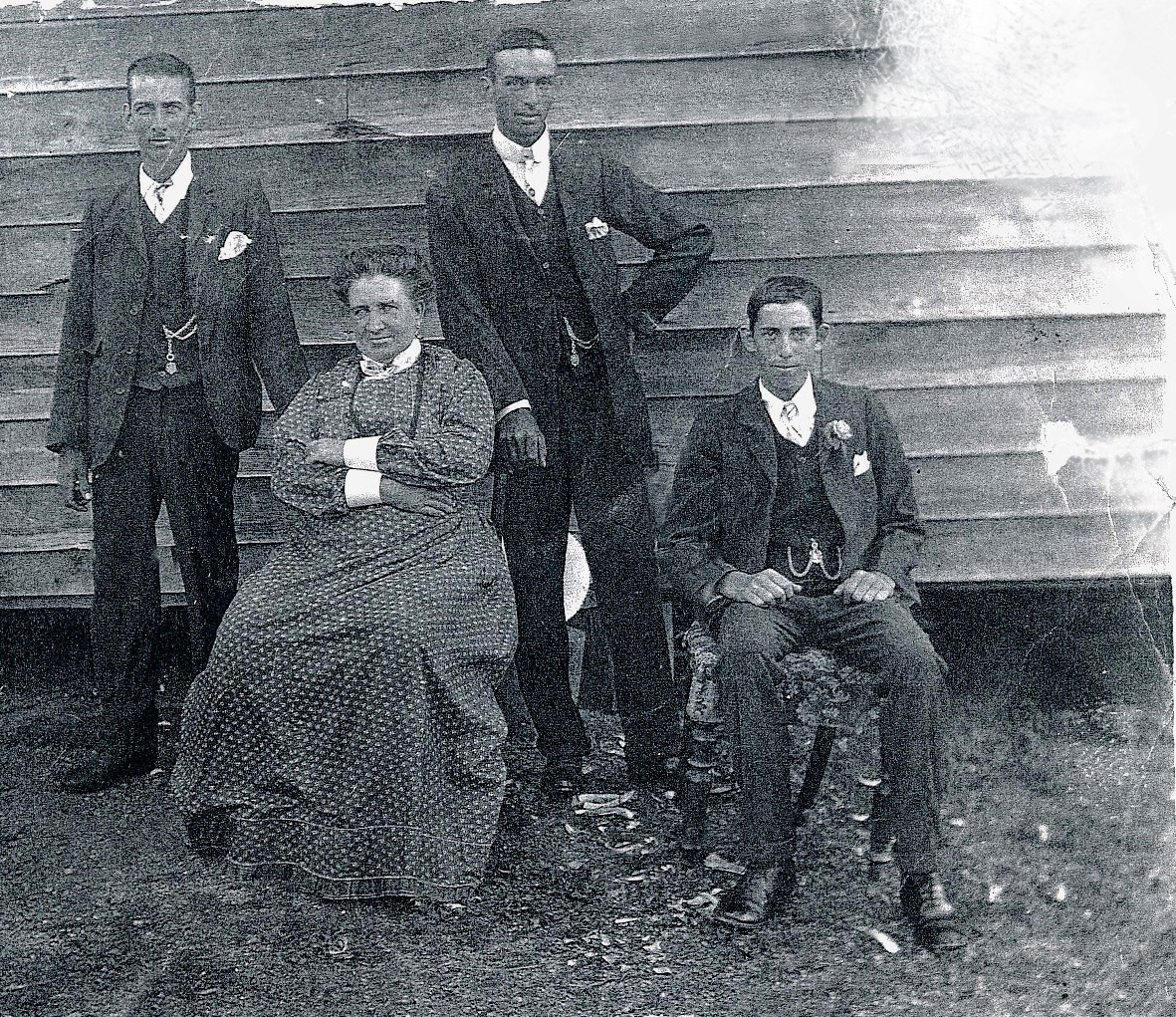 Louisa Mary Jane Levitt (nee Moss) sits proudly with three of her four sons, George Reuben (born 1/9/1888), Herbert Arthur (born 28/12/1886), and Sydney (born 16/1/1892). Not in picture was son William. Louisa was the third wife of Alexander Levitt (born Girton, England in 1835). His first wife died in childbirth, and his second wife Jane (nee Barton) died six months after the birth of their only child, Lilly Eliza.