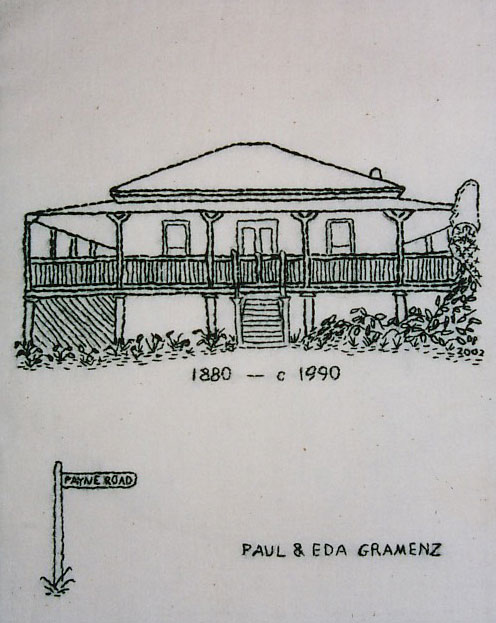 Paul and Eda were early Pioneers from Germany and settled in The Gap in 1872 and raised a family of three girls and seven boys on the farm and dairy they carved out of the virgin bush in Payne Road.

Their house was opposite the now Watercress Estate with a wide verandah where Paul played his accordion and dances were held.

Bill, the youngest son, kept the old property going in later years as a cow and poultry farm with his wife Ann (nee) Bruckner, until 1971 when they both retired to Buderim.

History Source: Ann Gramenz – 86 years (in 2002) and living in Caloundra – is a keen and active gardener.