Skip to content
You are here:Home-Articles-Mountfield Dairy
Previous Next 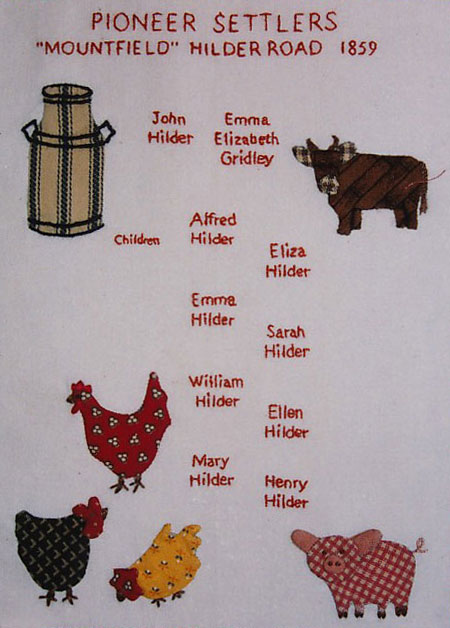 The Mountfield quilt panel depicts the life of one of The Gap’s first pioneering families. Embroidery: Elaine Zendler

John was born in the picturesque farming village of Mountfield in Sussex, England. In 1859 he purchased Lot 175 (35 acres) in The Gap from the N.S.W. Government and named the property “Mountfield” after his birthplace.

John, a man who could neither read nor write, had a vision for the future of building his own humble farming empire in Hilder Road, which ultimately remained in the family for just over 100 years. During this period, there was an attempt at creating an orchard but the main activity was always dairying and the distribution of warm milk locally and later transporting milk to the factory for processing.

After John was fatally gored by his pet bull in 1906, his son Henry managed “Mountfield Dairy”. Henry’s sons John, Alfred and Joe managed the farm from the late 1920s and at that time there were 120 milking cows, a poultry farm and a piggery. John and Joe remained on the property until the sudden death of Joe’s brother John in 1960 and the property was sold to developers soon after.

John and Emma’s son William created a successful pioneering farming venture at Kenilworth. Eldest son Alfred, moved to Maryborough where he worked on the waterfront all his working life.

Sarah, a spinster, devoted her energies to the farm routine and was a devout member of The Gap Methodist Church all her life. Eliza, Mary and Ellen all married into the pioneering Marshall family on the other side of the range. Emma married Alfred Pickering, a much respected man who was prominent in the life of St Matthews Church, Grovely and was an Enoggera Shire Council Chairman. 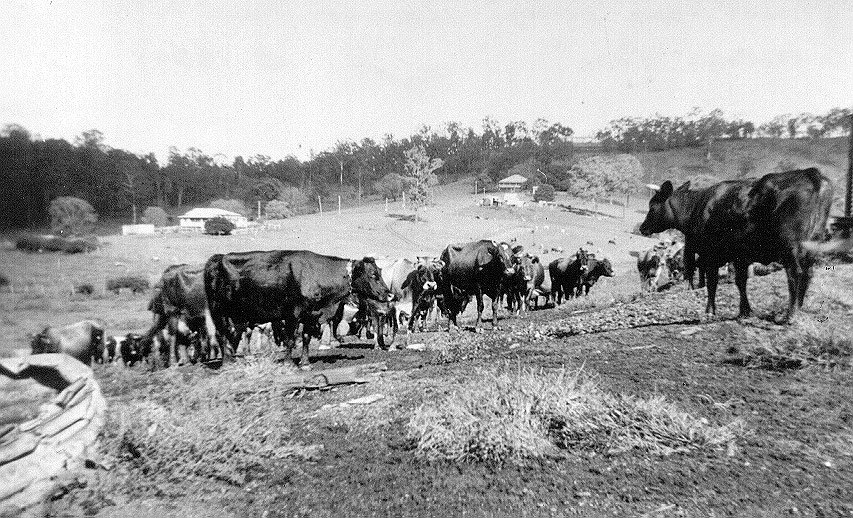 Mountfield Dairy circa 1950s, looking across to Gresford Park.