Skip to content
You are here:Home-Founding Families-Paten Family
Previous Next 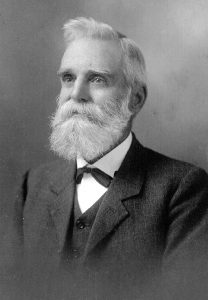 When the immigrant ship “Irene” dropped anchor at Moreton Bay, New South Wales on 16 February 1858 after a voyage of 118 days from Birkenhead, England, it brought to the colony a family that was to play an integral part in the development of The Gap. John Paten, his wife Harriett, their two sons, Philip John and Jesse and two daughters Harriett Rebecca and Emma were to confront a world very different from that of their native Buckinghamshire and to carve out a place for themselves in a land which in the following year was to become the infant colony of Queensland.

Philip, who had recently married, was accompanied by his wife Elizabeth. Another son, William Henry with his wife Ann and daughter Priscilla, had preceded them, settling respectively in the colonies of South Australia and Victoria. Both later moved to Queensland, William to The Gap and Priscilla (Mrs. M. Pedwell) to Camp Mountain. William was to become a substantial landowner in The Gap and a pillar of The Gap Primitive Methodist Church where he and Ann are buried.

At the first sale of 19 portions of land at The Gap, then still part of New South Wales, the family purchased Portion 168 Parish of Enoggera of 45 acres with ownership registered in the names of John and Philip. This was prime, well-watered farming land with frontage on the southern and eastern boundaries to Enoggera Creek, which in those days – before the Waterworks was built upstream – had a much greater flow than we see today. Here they developed their farm on land that was to remain substantially in the hands of John’s descendants for more than a century. It is now occupied by The Gap State High School, the Gap Village Shopping Centre and The Gap Pastime Sports Grounds.

Tragedy struck early with the death of Harriett in 1861 at the age of 58 and the drowning of Philip then aged 29, in the Brisbane River at Pine Mountain on Boxing Day 1866. John lived on the property until, aged 85, he died in 1888. Jesse, the youngest son, made it his home for the remainder of his 87 years, until his death in 1930.

From his family’s humble agrarian roots in England and later at The Gap, Jesse prospered. Frugal and careful by nature, he became a man of modest but independent means through expanding his farming base, investing in urban property and contracting. His land holdings in The Gap at one time or another grossed more than 500 acres. In his later years he lived the life of a country gentleman, busied himself in public affairs and was a Justice of the Peace. At the time Walton Bridge was built, he was the Chairman of the Enoggera Divisional Board and presided over its opening. 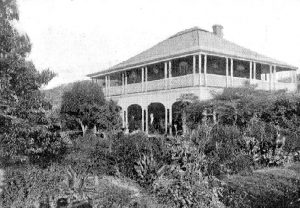 ‘Walton’, noted for its extensive gardens and as the Paten family home, was named after a village near Jesse Paten’s birthplace, Aylesbury.

Jesse named his home ‘Walton’ after the village of that name near his birthplace, Aylesbury. It was the second farmhouse on the property, the first being at the western end of the present day shopping centre, near the high school boundary. Until recently, the site of this early house was marked by a large Moreton Bay fig tree, which was destroyed during recent construction work.

‘Walton’ was set back some 100 metres from Waterworks Road at the eastern end of the present shopping centre. It is not known when it was built, but it dated at least from the time of Jesse’s second marriage. It was a substantial house, with various verandahs, a shingle roof and a semi-detached kitchen. The timber for its construction was hand sawn on the property in a saw pit on the bank of Enoggera Creek.

At the turn of the century, a second storey was added, creating a large, handsome residence of some 50 squares with detached double stables for horses and buggies and a harness room, all set in an extensive garden surrounded by well grazed pasture. The house was a local landmark and was the centre of many family and social gatherings. Much charitable work was planned and executed within its walls, particularly during the two world wars. Sadly around the time of Jesse’s death, the main building was badly damaged by termites. Despite several partial renovations, it was finally considered to be beyond economic repair and was demolished in 1964.

Jesse’s children lived useful, independent lives and most, like their father, engaged in public affairs appropriate to their calling. The sons, the first three born having worked the family dairy farm, all eventually went their separate ways. All were farmers at some stage of their lives, with John, Jesse and Leigh becoming breeders of champion Ayrshire dairy cattle. Arthur later became a building contractor. Two of them returned to farm at The Gap in later life, Harry on land at the western end of Alutha Road and Jesse, first at Walton and later near the Waterworks. 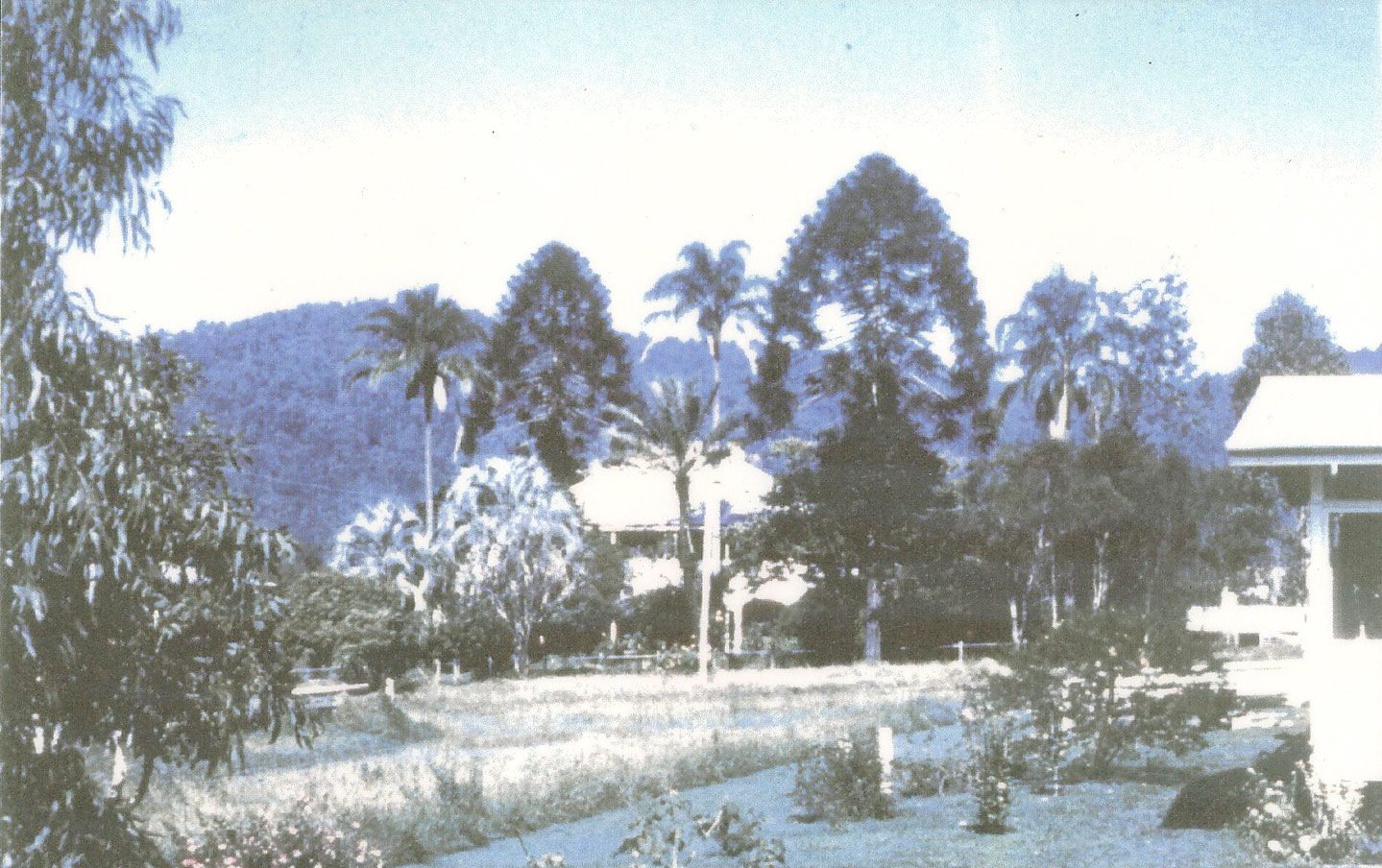 “Walton”, home of Richard and Dell Paten, circa 1960. Their property was the site of the future Gap Shopping Centre. Photo courtesy of Julie and Bob Rowe.

The daughters pursued active lives, generally out of step with roles which were expected of young women in the early years of the twentieth century. Mabel (May) remained at home with her parents and lived out all her eighty years at Walton. She was a writer with several books and many short stories to her credit and engaged in charitable work. Eunice (Ness) was a decorated army and civilian nurse who devoted her life to the nursing profession. In later life she built a house at Walton, close to the site of the original farmhouse.

Pearl (Mrs. C. W. S. French) was a well known Brisbane masseuse who, with her husband Major French, built a substantial house ‘Tula’ in 1925 at the western end of the property adjacent to the Methodist Church. ‘Tula’ was removed some years ago to a site at Highvale in the Samford Valley. Winifred (Mrs. C. L. G. Trewin) the youngest daughter, was Queensland’s first graduate woman barrister.

Although Jesse’s home has gone and his lands have passed to others, there remain in The Gap to this day, reminders of his past endeavours. As Chairman of the Enoggera Divisional Board, he played an important role in the building of Walton Bridge, which was named after his house. His nephew, George Reading was the architect/engineer. The bridge provided the first all-weather crossing of Enoggera Creek on the road leading from the town of Brisbane to the Waterworks. It has stood the test of time for a century and although it has lost its concrete parapets to the demands of modern traffic flow, the scale and grace of the structure is clear to all who take the trouble to stand beneath it.

Two other reminders of the past are Paten Road and Paten Park. Paten Road was the track leading to Jesse’s back paddock, later to be developed for housing by a subsequent owner as the Glenbrae Estate. Paten Park was named to honour Eunice in recognition of her lifelong service to nursing. The family’s connection with The Gap continues to this day, with a number of Jesse’s descendants living in the area.