Skip to content
You are here:Home-Founding Families-Rowe Family
Previous Next 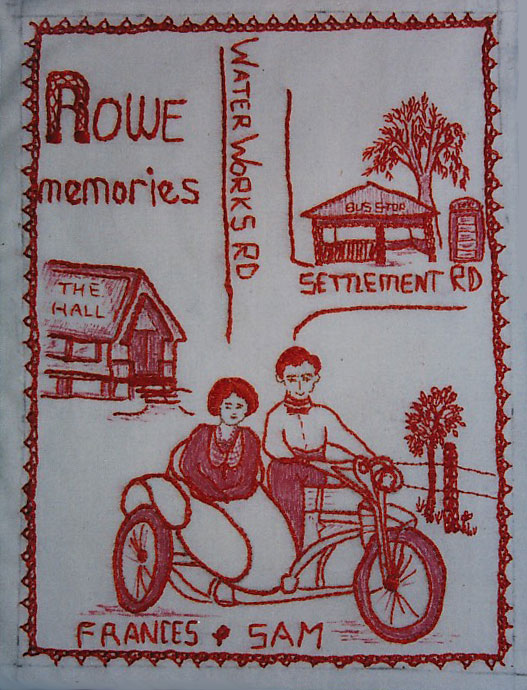 Sam Rowe, born in Bundaberg, served in the 1st World War in Belgium and France. He later lived in Chaprowe Street, The Gap, at “Soldiers Settlement” with his new bride from England, Frances Cross.

They are seen in the panel in 1923 on their Motor Bike and Sidecar, “Indian Scout”, made in the United States of America.

During the “Depression” they moved with their three sons, John, Pat and Bob to Waterworks Road, where there was a limited bus service on the corner of Settlement Road, (before the State School was built) to the City.

The Gap Hall was across the road where Illowra Street is now, before the road and bridge was built. Very popular for school break-ups, dances with live music and great suppers in the 1930s and 1940s.

History Source: Bob Rowe – Retired Janitor and Groundsman from The Gap State School in 1993 after 23 years.