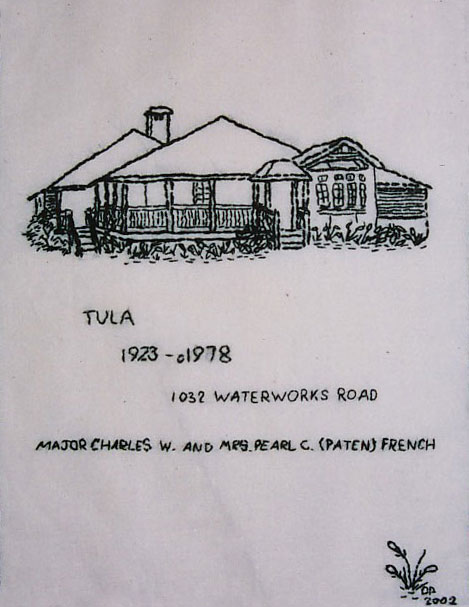 Tula was the home of Major C.W.S French and his wife Mrs P.C. French (nee Paten). It was built at the time of their marriage in 1923 on the western end of Portion 168 Parish of Enoggera, the land acquired from Jesse Paten, Mrs. French’s father.

It was an attractive timber bungalow of some 25 squares in area, built in federation style and set in a large formal garden.

The French land was acquired by the State Government and is now the site of The Gap High School. Tula was moved from the school grounds in 1979, with its site now occupied by the J.A. Robertson Hall.

The embroidered panel of the house is the work of Del Paten, wife of the author, the nephew of Mrs. French. 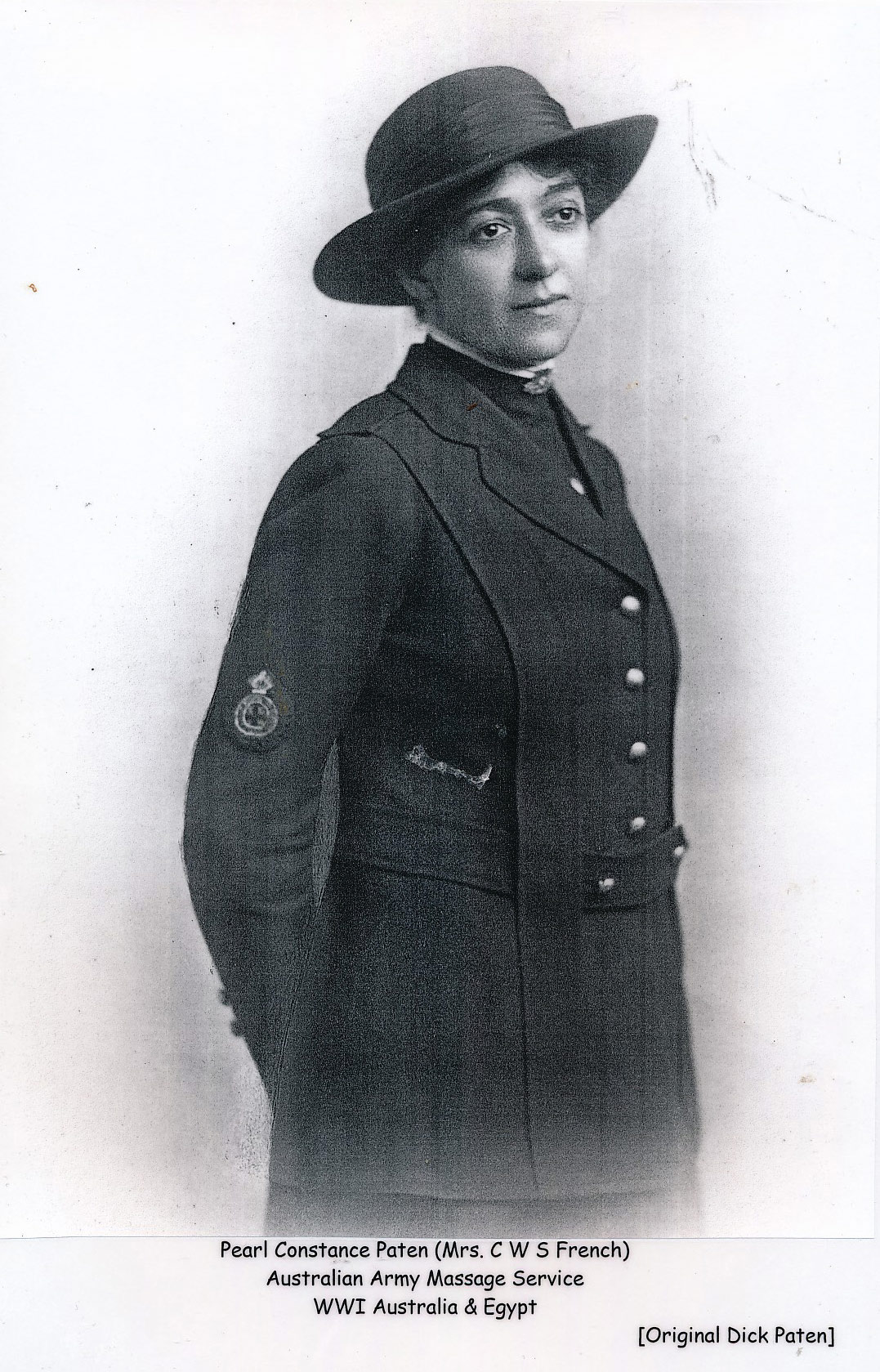