Skip to content
You are here:Home-Articles-What’s in a Name?
Previous Next

What’s in a Name? 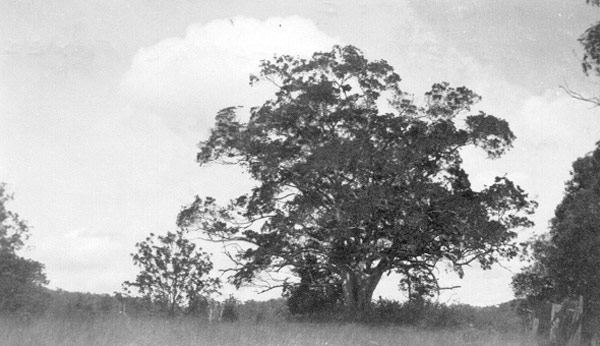 This magnificent Fig Tree once dwarfed everything in the vicinity of Payne Road.

Street and place names within The Gap area can often be cause for discussion as to how the name came about, the pioneering family after whom it was named, how the developers arrived at some of the stranger sounding names or those with Aboriginal meaning which so aptly describe the location in which they are situated.

The road called Waterworks was originally a track which our fledgling city founders of Brisbane town named prior to 1864, when they sought a better water storage area and built the Enoggera Dam.

Of the early land holders in The Gap only the names of three honour their presence – namely Hilder Road, Paten Road and Payne Road. Descendents of the Hilder and Paten families still live here, while Henry Howard Payne spent a very short time here before moving on. He is remembered as a founding father of our Royal National Show and Fire Brigade.

Payne Road After Henry Howard Payne, one of our original settlers. H.H. Payne farmed here till 1865 and moved to Wight’s Mountain, via Samford. On the death of his son, Henry Thomas, in a horse riding accident, he returned to Milton live. Responsible for founding our Royal National Association (Ekka) and Fire Brigade at Milton

Chaprowe Road – After the Chapman and Rowe families who lived side by side there in the 1920s.

Delmara Close – After Marshall Anderson and his wife Del, his parents Dave and Barbara once owning the land.

Dillon Road – After Jack and Ivy Dillon, who began large scale banana growing in the area in 1952.

Glenbrae Street – Name of the property of Herb and Ruby Levitt at the time of development.

Goldie Street – “Goldie” was the name of the Ridley family cow. After dying it was buried in a hole during the road’s construction. Kay Road After the Kay family, original settlers in the area.

Kays Road – After the Kay family, who lived in the area for some time.

Kilbowie Street – Home town in Scotland of the Anderson family who settled in The Gap in July 1921.

Nigel Street – After Nigel Drury MHR for Ryan for his assistance in getting the sub-division approved.

Paten Road – After the Paten family, founding settlers and large land holder in our suburb.

Romea Street – Ronald, Olive, Mavis, Eric and Alan, the five children of Joseph and Mary Berry who owned the farm at the time of development in 1956.

Settlement Road – Soldiers’ Settlement grants following WWI 1919. So named when the land was broken up for poultry farms following WWI in 1919. It is thought it was originally known as Myall Road (meaning black wattle) but does not appear on old maps.

Shallmar Street – Derivation of the Marshall family name who owned the property at the time of development.

I recall that when ‘Grantlea’ Estates went on the market in Settlement Road, the estate was named by Jack Crawford, the developer, after his two sons, Grant and Lea. Desbet Street was named after his wife, Betty, and mother-in-law Desley.

The most interesting names are the names with Aboriginal origins. A book published by A.H. and A.W. Reed called “Aboriginal Words in Australia” points out that there are many tribal languages and dialects so that words differed from tribe to tribe.

Explorers and settlers recorded words as they heard them, spelling them in English according the their phonetic pronunciation. Consequently spellings vary. Then too European usage has altered spelling and changed pronunciation. When looking at the Aboriginal meaning of names within our district, one or two make one pause to think.

Pambula Street for example. Situated on the rise, just near Walton Reserve, it’s meaning is ‘two waters’. Did it refer to the meeting of Fish and Enoggera Creeks to the west? Or Enoggera and a small stream which ran in the gully on its town side?

Yooralla Street must have been a secret area. No doubt our locals of long ago knew the answer.